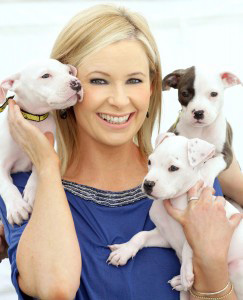 RTE news anchor Sharon Ní Bheoláin is lending her celebrity to speak out for the thousands of unwanted dogs put down in Ireland each year. Latest figures from the Department of the Environment show that one in three dogs which entered an Irish pound in 2010 died. An average of 14 dogs were put down for every day of the year in Irish dog pounds in 2010. While this represented a drop of 29% on 2009, it still adds up to the shocking destruction of 5,296 unwanted dogs over the entire year.

One in three dogs who go through the pound system will not make it out alive, says Sharon, a passionate animal welfare campaigner. This is a shameful indictment on our animal welfare record and shows were not taking our responsibilities as pet owners seriously enough.

Sharon was speaking at the launch of Spay Ireland 2011 at the Radisson Blu St. Helens Hotel Dublin, where she was joined by TV vet Pete Wedderburn and a trio of staffordshire bull terriers puppies for a photocall to promote the annual awareness campaign. Spay Ireland aims to end the destruction of unwanted cats and dogs by reducing unwanted litters and encouraging owners to spay or neuter their pets. Since Spay Ireland (formerly Spay Week Ireland) was first launched in 2002, the annual destruction rate of dogs in pounds has plummeted from 21,367 to 5,296 last year.

The three puppies (John, Edward and Louis) are being cared for by staff at the Dogs Trust care centre in Dublin, from where they will be found new homes. Thousands of other unwanted dogs are not so lucky however.

When I first began looking at this issue the dog destruction figure was a shocking 30,000 a year, so it would be churlish not to acknowledge that the overall situation is vastly improved. But even one unwanted pet needlessly destroyed in our pounds is one too many.

Urging pet-owners who have not done so already to have their cats and dogs neutered or spayed, Sharon says the benefits are beyond dispute and adds: you are doing yourself and your pet a big favour.

Ireland can lead the way in protecting vulnerable, unwanted and abused animals but first we need take an informed stance on neutering. It is neither acceptable nor responsible to allow your female dog to have multiple litters and just assume the offspring and their subsequent offspring will find good homes.

Spay Ireland is a really worthwhile campaign, one in which every animal lover can play a part by either neutering their own pet or promoting the benefits of pet neutering to others.

The fall in the destruction rate shows that the spay and neuter message is getting through, but we still remain among Europes worst offenders when it comes to disposing of unwanted dogs and cats, says TV vet Pete Wedderburn, co-founder of the awareness campaign.

Prevention is the best cure and thats why its so important to shatter the myths about spaying and neutering  it does not make pets fat and lazy, it will not change their personality and females do not need to have one litter before being spayed. The truth is that spaying or neutering is good for your pets health. The risk of cancer plummets, theyre less likely to be aggressive and they live longer as a result. 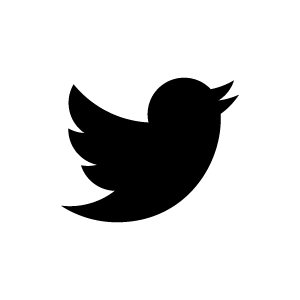